Well stocked on all items!

The marine industry lives in its own cycles and it is not always easy to predict where the market is moving. A rather high interest for the CN8E NMEA/CAN/Etthernet LWE interface was expected, but that the worldwide ECDIS and system installation activities also required other interfaces to such a large extent caught us slightly off guard.

But we are now well stocked and have ongoing production/testing/calibration acitivities to keep a healthy flow. 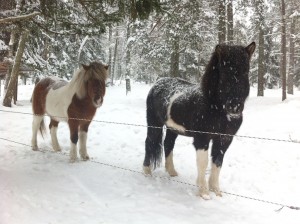 We would like to wish all our customers, new and old, a Merry Christmas and a Happy New Year!

We will NOT close for holidays or anything like that, but there is a tendency that the global transport infra-structure take some strain this time of the year! December 25 and 26 are holidays in Sweden and the remaining weekdays are called “squeeze-days” and we think you can imagine why!

Especially, where we are located, in Eastern Sweden, we are now 100 % sure to have a white Christmas, we have snow up to a point that we are expecting transportation problems. Just went behind the office and took this snapshot.

It took us some longer than expected, but all units an orders and back-orders should be dispatched before Christmas.

We have units in stock, but we have already placed an order for another production batch which should secure delivery also early next year.

Predicting the market is among the harder things to get right. As we all know, much of what happens is controlled by IMO carriage requierements.

We were able to place ourselves fairly well for  “AIS gold rush” a few years ago with the gyro converter S2N and some other interfaces. The S-VDR also created some interface needs and there is some activity around the ECDIS and also the BNWAS. Dispite that these are known facts, the order intake towards the end of the summer anyhow took us a bit of guard, more or less depleting our stock.

After some intense work, we are now in a better position to serve customers with our products:

CN8E. This is a typical OEM product by its very nature, being part of other player’s integrated systems. We have a healthy stock and we are now shipping units with SW version 99061-0.1.18 with a number of changes:
– Default ip corrected to 172.16.0.2, rather than 176…
– New test/demo software for UDP communication qeth.py, now a Python 2 script, possible to run on almost any conceivable platform.
– Further enhanced CAN settings.

1N4B. This unit is constantly beating its way to the ships, in most cases via service engineers. The constant increase of the complexity of the bridge equipment means that the load of existing NMEA channels gets higher and the 1N4B creates some valuable extra margin.

We have been very close to empty store for this unit, but we are now well stocked.

S2N. This unit was designed primarily to be a all-singing, all-dancing mother of all gyro interfaces. Since a couple of years, the market for this has been mature, where many of these are finding their ways to installations where the unit’s ability to produce 50 Hz update rate maintaining 0.1 degree inaccuracy also for navy-style 1:1 synchro outputs.

We are at the moment completely out of stock, but we will be re-stocked within a few weeks. The new production batch will have skightly larger cable glands (as a response to customer requirenents) and an updated SW 99002-0.6.5, where we have removed the possibility for SW upgrade via the NMEA port (a feature that hasn’t been used for a number of years).

The Fax era coming to an end!

We have noticed that the number of received telefacsimile messages are now very few and it is time for us to shut down the fax service we are subscribing to.

We are now releasing software version 99061_0_1_16 for this unit, featuring a number of new functions:

It is obvious that typical systems using a CN8E unit in most cases are OEM products that requires close co-operation with our customers. This means that the focus is on software development, testing and mutual cooperation rather than just delivering boards!

To ease this, se have developed a new test utility, called “qeth”. In contrast to the previous Windows-based utility wn8e.exe, the new utility is written in Python, meaning that it should be possible to use on any platform, Linux, Windows, Mac OS or virtually anything invented.

Compared to wn8e, the data throughput is dramatically increased and the possible test data generation has been tailored to the new functionality

We are also making the source-code for this utility available to our customers.

We are currently working hard with new versions of the manual as well as modifying our website to reflect the added functionality.

We have a rather large number of units in prototype/test installations with various customers. We would be happy to aid in upgrading these to the new sw version. Please drop us a line and we would sort out if the simplest solution would be that we take the unit to us for upgrade or if we can find a better solution. In principle, new software can be downloaded through a TTL level serial port and a programming utility like Flash Magic.

Extensive use of Ethernet for unique diving vessel

We have supplied interface units to the diving vessel designed by Defence Consulting Europe AB. This boat is truly unique in the world. It is used to transport divers and is a kind of “cabriolet u-boat”.

Needless to point out, but you need to be dressed and equipped as a diver to be on board!

The nature of the vessel means that everything need to be not only watertight but designed also to cope with the pressure of the diving depth. This means that all added cabling, all added interface boxes and other gear should be avoided as far as possible.

Almost all communication in the system is handled by a network to reduce cabling and to make the most efficient use possible of all equipment. It is equipped with a number of CN8E units. These are used to collect data from NMEA 0183/IEC 61162-1 and NMEA 2000/IEC 61162-3 sensors (GPS, Speed Log, Sounder etc), SAE J1939 main engine data (250 kb/s CAN bus) and legacy 500 kb/s data from the battery systems used for underwater propulsion. 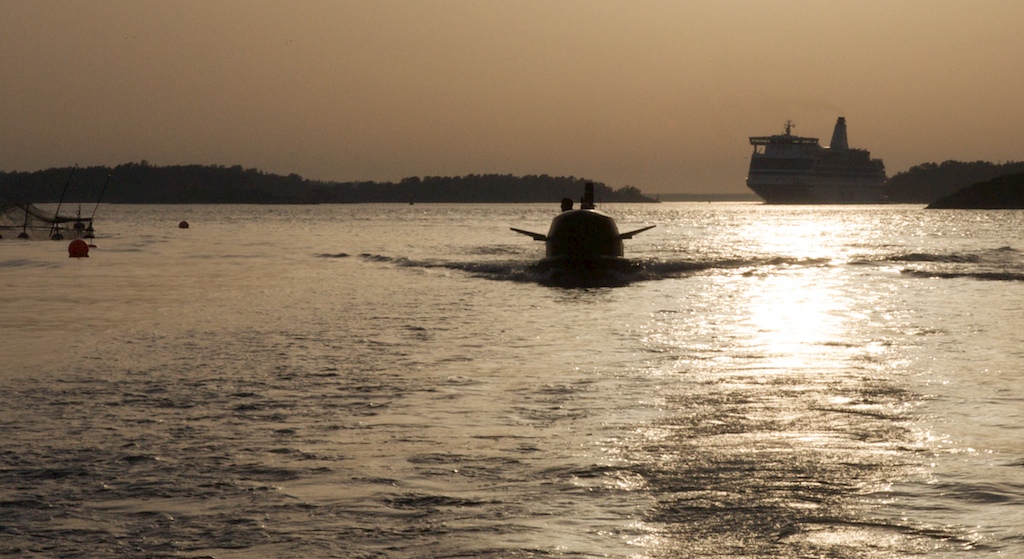 We have developed special versions of the CN8E software to process CAN bus engine and battery data flow to process this for the various control systems.

Further to this, the vessel also contains a number of D8N units and 5N1 units, some of these also with customer-specific firmware versions to handle specific needs,

More information on the DCE website. While you are visiting the DCE site, it is strongly recommended to have a look at the video shots!

Any users of CN8E: We are currently doing final testing of new firmware version, with options for filtering CAN data, added support for IEC 61162-450 compliance as well as a new SW test utility to aid OEM SW development. Stay tuned for news!

The opto-isolated CAN port of the CN8E is set to 250 kb/s to make it compatible with NMEA2000 and J1939 networks. We have come across a project where it is necessary to digest a 500 kb/s CAN bus as a part of a complex Battery Management System on a very special vessel.

We do not yet have a configurable bit rate for CAN via the set-up, but upon request we can deliver this option.

Due to unexpected delivery volumes during late 2011, we have been short of supply of the 1N4B unit.

We are now well stocked and remaining orders will be delivered.

The D8N is using the NMEA XDR message to transmit the status of its 8 opto-isolated inputs at 1 Hz.

Originally as a result of a customer request, we have added an alternative software version that will also transmit a new message each time there is a status change of any of the inputs in addition to the 1 Hz “background” activity.

These and other special software versions are available to all customers. Please define your requirements and we will find out if we have what you need or any similar solution available.